As a first timer to Teversal Trail, I can honestly say that traversing the tracks in the dark is an extremely dis-orienting experience. As the light faded, technical issues aside, our exploring began before the broadcast. The first wrong path of the night - but one I would hope to explore in the future with its intimidating and imposing 'Suicide Bridge'. Torchlight picked up lights - possibly the reflection from an animal's eyes glaring back at us, with rustles and noises around it was an eerie part of the woods. I can't discard the fact that this was members of the public, but if there was anyone nearby, they weren't carrying any torches and must know the place like the back of their hand!

As we began filming, we took the second 'wrong path' of the night, which given some of the other guys knowledge of the area was brilliantly bonkers as we went in search of the 'talking tree' from a previous investigation (yes really) and ultimately any Witchcraft from another investigation. This path was odd. Not necessarily - supernaturally odd, just odd. The path itself felt on several occasions to be narrowing. Past the bridge over the road and deeper into the woods, the Alice picked up several names, Bill and Rebeca, and calling out for the known witch Miss Moore was relatively fruitless. What was a common theme of the path were noises - that sounded human made and not animal, rustles, chatter and whispers that seemed to come from all around and the occasional growl. But in hindsight, I don't see how the voices could have been so close without any kind of visible light source. The woods at night is very dark. Paranormal? I doubt, but not as easy to dismiss as it could be. I picked up several smells - one similar to perfume, others distinctly more metallic, a bit like an open tin of Iron Bru - but gone after a few moments. Whilst I think I wasn't the only one to experience this whiff, I think I probably had the biggest blast of it.

In terms of physical contact, James had some buzzing near his ear, the branches of the fauna from the area were everywhere so quite easy to discard from the 'touching' aspect, but as I took over the reins for the camera work (apologies for the Blair Witch style manner in which I film!) I felt a pull on my left arm which I could not easily explain. Didn't feel like a hand, but there was nothing that could actually have accounted for it.

Jason recorded many changes in temperature in various parts of the woods which didn't really add up to the ambient temperature - you could see our breath, but it was recording degrees in the mid to high teens and didn't reflect this at all. Notably Lee became a Grandad on the night (congratulations again Grandad!) and the injured Coxy couldn't make it, but together with James, Simon, Jason and Paul, I think we put on a pretty good account of what we saw. I very briefly went alone up one of the many paths which didn't feel at all spooky, but I did hear a noise that I will look back at in the editing suite that sounded a bit odd - not a growl and probably easy to dismiss as an animal noise. But I remain unsure until I see it again on replay. I mentioned earlier about the tech. This was the first - and maybe last of this format. Simon had manufactured a brilliant way of utilising a camera grip to allow us to film to both social media networks of Facebook and Twitter. There were issues. After Facebook dropped out on us, the Twitter live didn't really seem to work and it was difficult to see and monitor the comments which we look for on the night. Thanks to all those people who took the time to comment on the night - you are pretty much our external investigator and there are times when you catch things that we don't. But Twitter Live fritzed Jason's phone - completely inexplicably. It later came on of its own accord but overall, the quality of broadcast simply wasn't up to the standard of Facebook, which I think will eventually become as powerful as some of the streaming services for this kind of offering.

Was there anything paranormal to report on the night? Probably not. But this location continues to offer something different every time and definitely merits further investigation for the things that we can't so easily solve.

Thanks to everyone who stopped by to watch and get involved. I'm sure we'll see each other again on another haunt very soon. 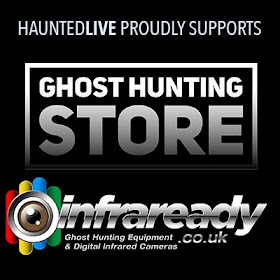 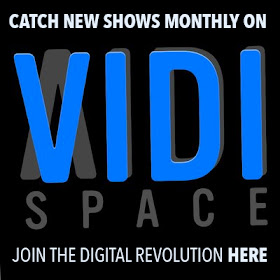